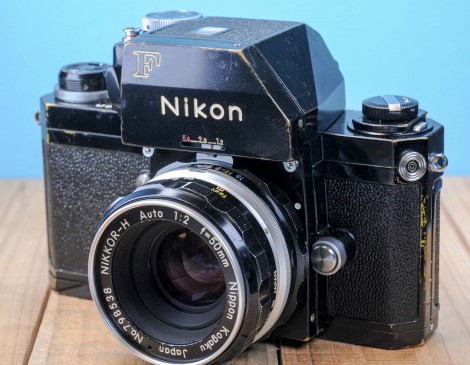 Military Nikon F’s of any kind are incredibly rare. The KE-48C is considerably more rare than the well known, and very expensive, US NAVY KS-80A.

The camera is engraved, by hand “USAF” near the rewind lever. The back sticker shows the military contract number, serial # of camera, and the military designation of the camera — KE-48C. Or at least, it does when the entire sticker is there. This example has the “KE-48C” designation torn off, but is still identifiable with the same military contract number as shown in “Combat Photographer.”